I am concerned about the priorities that are reflected in the Supply resolution, and I question some of those priorities. For example, is it more important to reduce hospital waiting lists or to defer water charges? Is it more important for patients to get the drugs that they require or for the rates to be frozen? Is the abolition of prescription charges a priority? Should we be spending more money on industrial derating when it tends to benefit the most profitable businesses and does little to help those who are struggling? Should we not be spending more money on the green new deal? Is free public transport for the over 60s a priority?
I do not know the answers to those questions, but we should debate the issues now. We are in a new economic climate, and decisions that we took some years ago, such as that on water charges, should be reviewed. We must find an alternative means to fund water and sewerage services. They cannot be met from the block grant at the expense of other services. Under the Barnett formula, there is nothing in the block grant to pay for water. In the rest of the UK, consumers pay directly to water companies, and there is no call on public finance.

If we continue to fund Northern Ireland Water from the block grant, there must be a reduction in the resources available for other services, such as housing, health and education. As spending on health comprises half of the total Budget, the burden for paying for water services will inevitably fall heaviest on the already underfunded Health Service. I initially highlighted the problem of health funding in my speech on the Budget in November 2007, yet it has continued for three successive years. I pointed out that, in the absence of an alternative source of funding for water services, the Health Service budget would be reduced, which would inevitably lead to cuts in services and significant redundancies. Unfortunately, that has proven to be the case over the past few months.

As a result of demographic trends and the fact that NHS inflation is significantly higher than basic inflation, the increase in the Health Service budget represented, at best, a freeze in overall expenditure, which compared with an increase of 4% in real terms in the Health Service in England. That meant that the health budget was unable to meet new demands, such as the implementation of the recommendations of the Bamford review. Therefore, in order to provide funding for water services, we were required to accept a de facto freeze in the health budget and a level of service below that of the rest of the United Kingdom. Indeed, the figures show that the Health Service here receives £600 million less than the rest of the United Kingdom.

In deciding to continue to fund our water services from the block grant, we have ignored the costs of providing other services, and that cannot continue. There must be an open debate on the implications for other services of a decision to continue to fund water services from the block grant. The public must be made aware of the issue and allowed to make a choice between the non-payment of water charges and the reduction of provision for health and education.

We must look again at our priorities, including water charges, domestic and industrial rates, prescription charges and free bus passes. Making them a priority was fine when we had a booming economy. However, they must now be reconsidered.

Another move that may result in some Executive savings would be to scrap the reorganisation of local government. It is now clear that we will not meet the original objectives of the review of public administration (RPA).

£80 million of the money that has been spent on the RPA was spent on Health Service reforms, which have been completed already. Some £9 million has been spent on local government. To continue spending would be to throw good money after bad. As the PricewaterhouseCoopers report indicated, £118 million will be needed in the next year to implement the RPA and the restructuring of local government. We do not have that money. Where will it come from? Will it come from the Health Service budget or the education budget? It is a case of throwing good money after bad, and the RPA will not achieve the savings that were indicated originally.

If one reads carefully the PricewaterhouseCoopers report, one will see that most of the savings, which will be made over 25 years, depend on making major decisions, which the councils are not willing to make.

The cost of restructuring, of redundancies and of paying off councillors will have to be borne within the next year. There will be a considerable up-front cost, for which the money is not currently available to meet it. Therefore, we should look again at the whole idea of RPA and at whether we can achieve the savings predicted. According to the PricewaterhouseCoopers report, that is extremely unlikely. The savings are to be phased over 25 years, and they are fairly insignificant. The savings could be met by the existing councils without their going through the disruption of reorganisation. 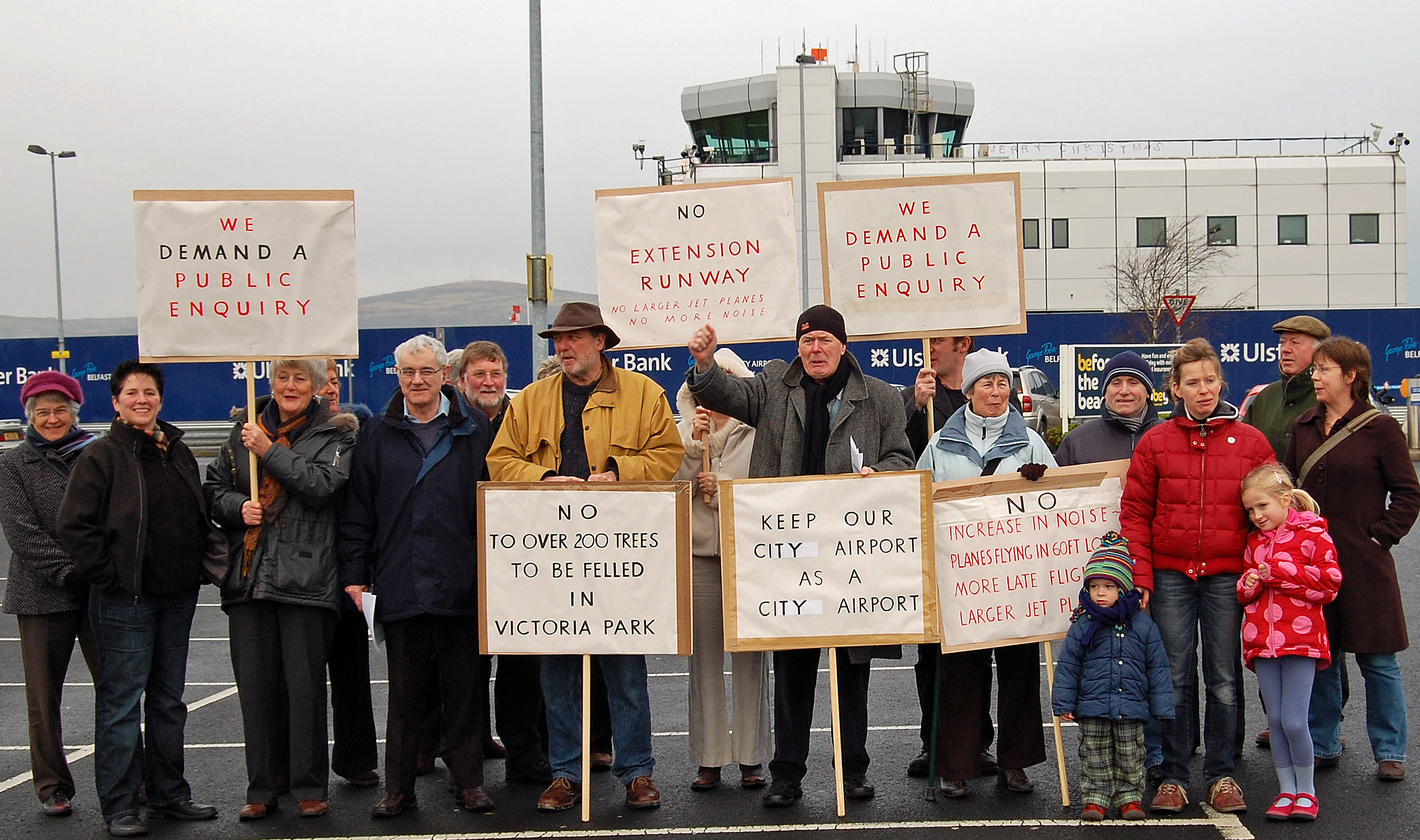 The Assembly Member has called on the Environment Minister to start making the George Best Belfast City Airport publically...
By Bangor Northern Ireland © | Contact alv@hotmail.co.uk
Back to top