I condemn the decision by unionist councillors and particularly the DUP Mayor Wesley Irvine to boycott the official visit by the Sports minister Carol Ni Chullin prior to the opening of the new Aurora Sports Complex.

While the Minster was welcomed by Alliance chair of Leisure committee Alderman Anne Wilson it is wrong that neither the mayor or deputy mayor were present to recognise the £15 million grant given by the Minister’s Department. Such a boycott is contrary to the spirit of the St. Andrews Agreement and reflects badly on North Down.

While we may have reservations about the role of Sinn Fein in government an agreement has been reached between the DUP and Sinn Fein on the way forward and  for North Down unionists to reject this and boycott Sinn Fein ministers is petty and does not reflect the views of the people of North Down who wish to move forward with reconciliation.

I was impressed by Alderman Wilson’s welcoming speech in which she pointed out that without the support from the Culture Arts and Leisure Department the facilities of Aurora Sports Complex would have been significantly reduced.

She pointed out the complex has had rather a long gestation period but the wait has clearly been worthwhile. The 50 metre pool at Aurora Sports Complex is the first international standard pool in Northern Ireland

She continued “Such a pool is long overdue as I remember 20 years ago a friend complaining that her son, a very promising swimmer, had to go to England to train in an Olympic size pool. Now young swimmers will no longer need to go to England to train. They have their own state of the art Olympic pool. It will also be a great asset to Bangor Swimming Club which has always been one of the premier swimming clubs in Ireland. I’m sure this wonderful new facility will help the club to expand its activity, increase its membership and produce even more champions in the future.

In 2005 I was a member of a party on a fact finding visit to similar facilities in England. Later we visited leisure facilities in Blackpool and I am delighted that some of the attractions we recommended such as the flumes, the buckets and the sidewinder ride have been included in the leisure area. These, along with the swimming pools, fitness suites and sports halls will be a great attraction for both young and old and residents and visitors alike.” 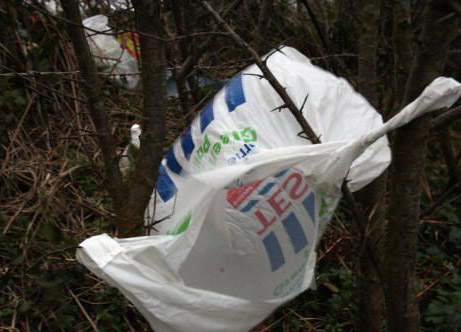 I welcome the introduction of the levy on plastic bags but I am concerned that the 5P levy may not be enough to change shopping...
By Bangor Northern Ireland © | Contact alv@hotmail.co.uk
Back to top