There will be No BREXIT or even BRINO

Brexit will not happen (update)

The events of past weeks reinforce my prediction that Brexit will not happen even Boris recognises that the “Brexit dream is dying”. Indeed many commentators are now suggesting that we will now have BRINO. (Brexit in Name Only). A Brexit so coated in fudge and compromise that it would be unrecognisable from the objectives set out two years ago.

This concerns many hard-line Brexiteers who have just shown they have the power to destroy the White Paper and prevent a soft Brexit. On the other hand they do not have the votes to impose their own hard Brexit and therefore are hoping for NO agreement and WTO terms. This will not happen.

In my original post I highlighted the fact that “Brexit means Brexit” was totally meaningless and that there was wide disagreement among Brexiteers as to what it really meant. The events of the past week have shown this is still the case. The divisions within the cabinet and the Conservative party are even wider than ever.

In 2016 I listed 10 Reasons why Brexit will not happen. Some of these have been resolved or accepted like the use of executive powers and the loss of passporting rights. The refusal of the Scottish parliament to give consent to the EU Withdrawal bill as it undermines the principle of devolution and the insoluble situation of the Irish Border have been exacerbated by the  Chequers agreement.

In the past two years a number of events have made the process of leaving more difficult.

The government had proposed to use prerogative powers to carry the leaving process thereby largely excluding parliament. This was overturned by the Supreme Court which ruled that parliament must make the decision to trigger Article 50 but more importantly it must also have a vote on the final decision to leave

One event which could not have been foreseen at the time of the referendum was the election of Trump.

Trump’s recent actions have undermined existing institutions and are creating uncertainty particularly in relation to security and international trade. His ambiguous relationship with Putin and the questioning of the role of NATO has caused concern throughout Europe. This has to be seen in the context of Putin’s policy of destabilising the EU.

In trade terms, Trump has emphasised his determination to put America First and to introduce policies to tax US investment abroad, protectionism. Repatriate jobs to the US, and impose higher tariffs on imports. These policies will have a serious impact on global trade and are likely to develop into a trade war. In such a case we are much stronger as a member of 500 million EU market.

May recognized that the Supreme Court decision had given an enhanced role to parliament but was also aware that Brexit lacked majority support among MP’s. She called the election to get a mandate for her Brexit proposals and not only did she fail to achieve this but she lost her parliamentary majority and seriously undermined the original mandate given by the referendum. The revenge of the remainers.

She now has no mandate for her Brexit policy and the parliamentary opposition to her proposals has been strengthened.

The UK has said it will leave the EU’s customs union which allows trade within the EU without any tariffs or border checks. However last December it was agreed that in case there was no agreement a “backstop” option would be required to prevent a hard border between the Irish Republic and Northern Ireland.

The UK agreed a backup plan which would involve the whole of the UK still being temporarily aligned with customs union after December 2020 – when the transition period ends.

This seems to kick the can further down the road and the avoidance of a hard border can only be achieved by remaining in the customs union.

In December 2017 during the debate on the Brexit Bill, the government were defeated on a proposal to give parliament a “meaningful vote” on any agreement with the EU.

The government had initially insisted that the “meaningful vote” at the end of the talks would be a motion that MPs could not amend. Parliament would have to rubber-stamp its deal or stand by as we crashed out of the EU without a deal.

During the debate on the Withdrawal Bill In June, the definition of “meaningful vote” was strengthened following pressure from the House of Lords and a small number of Tory Remainers led by former Attorney General Dominic Grieve. The government agreed to include a paragraph in its statement accepting that “it is open to MPs to table motions and debate matters of concern and that, as is the convention, parliamentary time will be provided for this”. It is no longer a matter of take it or leave it and parliament will have the opportunity to seek amendments or extend the time for negotiations or even seek a further referendum

Following these setbacks, the government will start negotiations with the EU Commission in the knowledge that:

This will make it very difficult for the government as it enters negotiations with the EU.I do not believe the government will walk away with no deal although I suspect we may see an extension of the transition period beyond December 2020.

If an agreement can be reached it must be presented to Parliament for approval. Parliament will not accept a NO deal and to date a BRINO deal is unacceptable. While most MP’s accept “the will of the people” argument there is still a significant majority who are opposed to the principle of Brexit and in the end will not vote for something which they believe will be disastrous for the UK’s future.

As I pointed out in my initial post it is probable that public opinion could change when the detailed implications of Brexit are exposed in the agreement particularly the impact on jobs, business, foreign investment, agriculture and travel. In the end I believe Parliament will reject an agreement which will be to the detriment of the UK and the British economy.

Brexit will not Happen. 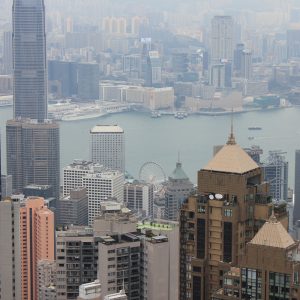 Leaving Darwin- Day 61 On to Asia We left Darwin on the 4th of March and set sail for Asia. Our first stop was the Indonesian...
By Bangor Northern Ireland © | Contact alv@hotmail.co.uk
Back to top