I am disappointed but not surprised that the Council again voted by 16 votes to 3 to go ahead with this scandalous waste of ratepayers money .

This was a pure party vote with all the DUP and Official Unionists councillors present along with Independent unionists Alan Chambers and Austen Lennon supporting the gun club. Those DUP councillors who had been wavering after pressure from their constituents stepped back in line when the whip was enforced

On behalf of Bangor residents against the Gun Club I would like to thank the 800 residents who signed our petition .The main concern raised by respondents related to the abuse of ratepayers money but  other issues raised included the council’s promotion of a gun culture , the priority given  to the gun club over other clubs and community facilities ,the involvement of former “B Specials”  and the fact that it would  be housed in a community centre.

It was particularly disappointing that the supporters of the gun club refused to address any of these concerns but merely voted against my motion and agreed to provide the gun club at the cost of £440k equivalent to £2000 per member.

Despite this setback the fight against this abuse of public  money will continue. There are other issues including planning approval, lack of public consultation, Equality under Section 105(NI Act) and value for money audit which still need to be resolved.

This issue is unlikely to be resolved within the next few months and I  hope that the ratepayers will take the opportunity of the May elections to the new supercouncils to show their disgust at this council decision.

this type of action is always a serious misuse of taxpayer resource but particularly when you look around bangor town and see the decline in the town’s appearance over the last no. of years.

the petition is a great idea but i could not find the link from the article on your website. 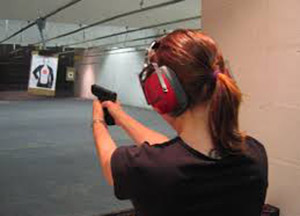 Council Waste £1/2 Million of Ratepayers Money on Providing a Gun Club in the New Community Centre in Hamilton Road At...
By Bangor Northern Ireland © | Contact alv@hotmail.co.uk
Back to top