I first met Oliver Napier in 1975 when carrying out an interview for my Msc dissertation on the Alliance Party.

Despite his busy schedule he was very generous with his time and talked in depth about his early years in politics from the creation of New Ulster Movement to the Sunningdale Agreement and the power-sharing Executive. He spoke with passion on the need to break the mould of sectarian politics and promote a united community based on equality and justice for all.

However following the resignation of PM Terence O’Neill in 1969 he felt that it was not possible to achieve these objectives within the existing political system and the only way to progress was to create a new political party. A debate followed and a large majority of the NUM members agreed and the Alliance party was formed the following year.

I was so impressed with his vision and commitment to create a party transcending the existing sectarian divisions that I joined the Alliance Party some months after I completed my dissertation.

Alliance first established its credentials in the Assembly elections of 1973 when the party gained eight seats and Oliver became Law Minister in the new power-sharing Executive. However his ministerial career ended within months as the Executive collapsed following the Ulster workers strike.

In 1979 Oliver came close to being the first Alliance MP when he lost out to Peter Robinson by less than a thousand votes in East Belfast. The same year he fought the European election and received the highest number of votes ever achieved by an Alliance candidate.

Although this was at the height of the Troubles Oliver showed great courage and was determined to canvass all parts of Northern Ireland. I recall nervously handing out leaflets at a shopping centre in the Bogside with the loudspeaker blasting out Oliver’s Army which with hindsight may not have been the most appropriate tune for that area.

Following the failure of Jim Priors rolling devolution in 1984 he resigned the Party leadership and went into semi retirement. He returned to frontline politics in 1995 following the death of Jim Kilfedder. Although I had already submitted my name for the Alliance nomination for North Down I was happy to stand aside when he decided to run. He again showed his political skills by increasing the Alliance share of vote from 15% to 25%. The following year he headed the North Down Alliance list and was elected to the Forum and went on to play an important part in the Good Friday Agreement negotiations.

My more recent memories of Oliver include my first day at the Assembly when he approached me at the entrance to Storrmont to congratulate me on being the first Green Party MLA and wishing me good luck.I also recall the speech he made at last year’s Alliance party’s 40th Anniversary dinner. Despite being seriously ill he inspired all present with his summary of what the party had achieved in the past 40 years and highlighted the challenges which still lay ahead.

He was a man of courage and vision with a wry sense of humour who in recent years took pleasure in the creation of the power sharing Executive and the growth of support for Alliance following Naomi Long’s victory in East Belfast the seat he so narrowly lost 31 years earlier.

Oliver was above all a family man and earlier this year celebrated his golden anniversary along with his eight children and 22 grandchildren. His wife Briege has been a tower of strength giving him advice and support particularly in the early days when he was subject to considerable abuse and threats

My thoughts and prayers are with Briege and the family at this sad time. 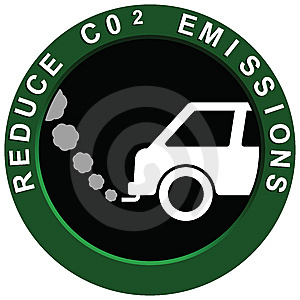 I find it hard to believe that it is 4 years since we gathered in Ards Leisure centre to hear the returning officer announce...
By Bangor Northern Ireland © | Contact alv@hotmail.co.uk
Back to top