Like many others who have commented on the death of Ian Paisley I do so with very mixed emotions.

I have experienced his generosity, kindness and enjoyed his sense of humour. I admire his family values and my thoughts and prayers are with Baroness Paisley and his family at this time.

His greatest achievement has been to lead his party into powersharing with Sinn Fein. I do not believe any other DUP leader would have had the respect or authority to achieve this. When he decided to make this courageous move he did it wholeheartedly and with a determination to make it work. I believe he stood down too soon and before power sharing was firmly established .His commitment and leadership is badly missed and this loss has resulted in backsliding and the present sense of deadlock.

My earliest memories of Rev Paisley are not so positive. I recall him as a divisive figure and disliked intensly his vicious attacks on the Presbyterian Church and its leaders. These attacks based on a combination of misrepresentation distortion and falsehood helped to destabilize and create fear within our community.

Similarly in the political field when working for Bertie McConnell the Pro O’Neill in the 1969 election candidate we were subjected to considerable abuse as Paisley supporters protested against O’Neill’s much needed reforms.

These protests continued and increased and were divisive, sectarian and created a climate of fear and resentment. Locally he organised a giant rally outside St Galls to protest at the presence of the local Catholic priest at a meeting to discuss the lack of facilities in the west Bangor area. His oratory aroused the crowd and when I made a comment I was ejected over the hedge.

As an Alliance councillor I continued to oppose the more extreme aspects of Paisleyism and as a delegate to the 1980 Atkins talks at Stormont I experienced both sides of Rev Paisley. I was giving the delegates a paper on power sharing and pointed out how successful it was in Switzerland. He started to shout me down with bellows of rubbish and nonsense. My presentation was destroyed but an hour later I met him in the corridor and he was smiling and affable.

The affable nature returned in 2007 when I as a newly elected MLA congratulated him on his courageous decision to accept power sharing and promised him my support. Following this I saw the other side of Rev Paisley no longer the divider, the bully the agitator     but now the reconciler and the peacemaker determined to move forward and create a peaceful Northern Ireland.

The new Paisley was warm hearted and generous with his time.I recall hosting a schools chess championship in the Long Gallery at Stormont when Rev Paisley passed by. The children recognised him and were delighted to see him. He and Eileen stopped and spent almost half an hour talking to the children and getting photographs taken with them. This is the Ian Paisley I wish to remember.

The man of courage who decided to lead the DUP into powersharing with its traditional enemies. The man with the vision to move away from conflict towards reconciliation. The man who was determined to provide a better future for our young people and to use his great skills of leadership oratory and persuasion to achieve it. 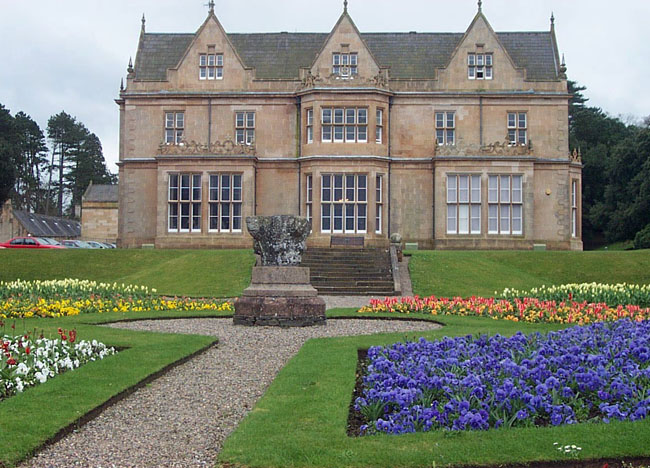 I CONDEMN THOSE RESPONSIBLE FOR THE FIRE WHICH DESTROYED THE WIGWAM ROLLER RINK IN BANGOR This is an act of senseless...
By Bangor Northern Ireland © | Contact alv@hotmail.co.uk
Back to top