I declare an interest as a member of North Down Borough Council who has been involved in very many planning applications. The Bill is obviously one of the most important to have come before the Assembly. However, I am concerned about its impact over the next decades and about its late introduction in the House. The present system is clearly unacceptable, and no one — developers, councillors, environmentalists and residents — likes it, but the issue is whether this is the right way to go about addressing that.

I will raise a number of concerns. However, before I begin, I wish to pay tribute to the Committee Clerk, her staff and the departmental representatives for the amount of work and time that they put in at Committee Stage over the past two or three months. Those of us on the Committee appreciate just how much work has been done. Within a couple of days of one six-hour meeting, we were given everything in the proper form, and I felt that the work done at that time was amazing.

As I said, the present system is unnecessarily bureaucratic, lengthy, inflexible and undemocratic, and it clearly needs fundamental reform. However, I am not convinced that the Bill will provide us with an efficient and balanced Planning Service for decades to come. I have some concerns about the issue of balance. Given the Bill’s size and scope, it is disappointing that it was introduced so late in the session. I do not believe that we had adequate time to debate many of the most important clauses or to hear from the many stakeholders who wished to give evidence. Indeed, a number of community groups and NGOs approached me to express their disappointment at not having an opportunity to put their case to the Committee.

Although I support the return of planning powers to councils, it is essential that we have the appropriate safeguards in place to ensure that councillors cannot abuse those powers. We have to look back at why we have the present planning system: the previous planning system was abused, and the powers were, therefore, taken away from councillors. There will obviously be rules and regulations on what councillors can and cannot do, but I am not convinced that the culture of local councils has changed. We talk about changing the culture of councils. However, the fact is that, regardless of whether councillors want to change that culture, constituents will still approach them on the assumption that they can influence planning decisions. Some people are concerned that we might have brown envelope syndrome. As I said, I would like to see exactly how the safeguards will operate. We do not have any detail on that, but we have had a lot of suggestions, which are all going to be in the rules and regulations. However, I think that we should see those before we agree to the transfer of planning powers.

I am not convinced that we need to rush this legislation. I am not clear when it will come into operation. Quite a lot of different signals have been coming from different people, so perhaps the Minister will clarify the situation. Can the legislation be applied to the existing 26 councils, or will it have to wait until the review of public administration (RPA) has been resolved? We could consider waiting for RPA to be resolved, but it will be at least three or four years before it will be implemented. Certainly, we do not have the money to implement it at the present time. On the basis of the legislation, and given that we have to set up the procedures andcabinet is the name given to the group of senior members from…”>shadow councils, it will be at least three or four years before we can implement it. Therefore, I do not see why we could not have sorted out RPA before we introduced the Planning Bill, unless it is going to apply to the 26 councils. As I said, perhaps the Minister will clear that up, but I think that we may be putting the cart before the horse.

Other Members talked about third-party appeals. At the present time, many people feel that the planning system is totally biased in favour of developers and that residents and the community do not get a fair deal. It is also felt that there is a right of appeal for developers, but that the actual objectors have no right of appeal. This legislation does nothing to resolve either that imbalance or the public’s perception that the system is biased against them. We note that the Assembly and the public support third-party appeals.

As I said, I have some concerns about the legislation, and I cannot support it in its present form. However, I again congratulate the staff who got the Bill through to this stage. I am totally in favour of the principle of returning planning powers to local government. However, I would like to see some more details on how exactly that is going to be done and how councils are going to deal with planning applications. For example, are they going to deal with applications through a planning committee, or will it be done through the full council? That is a very important issue. The change in culture will obviously have to be worked at. However, having said that, I wish the Bill all success. 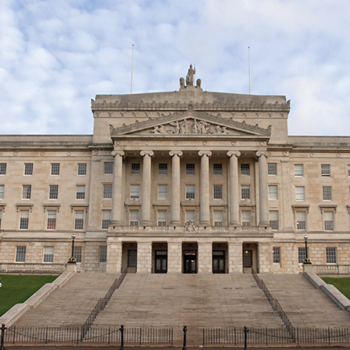 WHY I VOTED AGAINST THE BUDGET? My fundamental objection to the Budget is the allocation for Health. I welcome...
By Bangor Northern Ireland © | Contact alv@hotmail.co.uk
Back to top