Therefore, I welcome this amendment. However, I now see that, because of the petition of concern, my vote on the issue becomes irrelevant. Not only is my vote irrelevant, but the people who voted for me who wanted to introduce third-party appeals are totally disenfranchised on this issue, which is a total abuse of the Assembly.

That said, the Green Party supports limited third-party appeals. There is a widespread public perception that there is a bias in the Planning Service in favour of developers. Many residents feel frustrated and have lost confidence in the planning system. Time after time, local community groups get together to oppose developments and their views are ignored. Recently, a development in Bangor involved knocking down a Victorian house and replacing it with an apartment block. That was opposed by all the residents, residents’ groups and, in fact, unanimously by the council.

I thank the Member for giving way. Does he acknowledge that there would be no need for a third-party appeal in those circumstances? The Bill envisages that planning decisions will be passed to councils. As the Member rightly said, the council unanimously opposed that development, so it would have been rejected by the council. Therefore, there would not have been a supported planning decision against which to appeal.

I thank the Member for his intervention. I was going to make the point that that would not apply when planning powers are given to councils.

Nevertheless, it still does not resolve the problem of local residents being totally opposed to it. Members suggested that the problem could be resolved by front-loading the system and by pre-consultations. That is only partly true, because most applications will not be submitted for pre-consultation; only major planning applications will be. We have faith in pre-consultations leading to the Planning Service taking the correct decision. However, if the service cannot get turning down an application wrong, it should not be able to get an approval wrong. We should have a level playing field; if applicants can appeal, objectors should also be able to.

As Ms Lo pointed out, there must be safeguards to prevent abuse and vexatious or frivolous applications. However, given the expertise in the Planning Service, I am sure that it could devise an appeals system that is acceptable to the community as a whole, while ensuring that beneficial developments go ahead without significant delay. The appeals system in the Irish Republic seems to work, so I see no reason why a similar system should not work here.

I welcome amendment No 21. Having, like other Members, represented residents at Planning Appeals Commission meetings, I have found that developers tend to come in at the last minute with totally new proposals, and objectors have no opportunity, or perhaps they do not have the expertise, to consider them. That is totally unacceptable.

I welcome amendment No 62, which would mean that councils would be liable for delays caused by others failing to produce information on time. That is totally unfair on councils.

On the removal of dead or dying trees that are subject to a TPO, the most common problem is that perfectly healthy trees suddenly develop a disease because somebody wants to build a house. When somebody puts in a planning application, trees immediately become diseased. It happens all the time. I am concerned that the power to cut down dying trees will be used to get round the planning laws. TPOs are often put on trees or places designated as conservation areas; however, having been protected, trees suddenly develop some strange illness. As other Members pointed out, trees often have illnesses from the day they start to grow. In that sense, it takes them hundreds of years to die. Therefore, trees that are dying anyway generally pose no significant danger to the population.

In some cases they are, but the vast majority of trees affected by those planning applications would have lived. They may have been dying, but they could still have lived for another 100 years. It is amazing how many tree surgeons can confirm that every tree that a developer asks them to look at is in the process of dying. It is part of the planning process. TPOs give very little protection to trees, and we give should them further protection and exclude situations in which dying trees can be cut down because, again, it depends on the definition of “dying”. They provide habitat for wildlife and perhaps have a particular presence in a conservation area. It is a shame that, just because somebody wants to develop, they cut the trees down.

I also support amendment No 99, whereby the council has to register TPOs. At present, the public have a problem in that, if they see a tree that may be under threat from development or feel that it is a prominent tree that they want to preserve, they do not know whether there is a TPO on it and do not really know how to find out. If the council kept a register, the public would be able to check that. That would also enable the public to ensure that people do not cut down trees that have TPOs. At the moment, if someone cuts down a tree, a member of the public might say that that tree should have a TPO. However, they do not know whether it does and, therefore, cannot take action. Therefore, the register that will be retained by the council will be very useful in helping residents to make that decision and to, perhaps, apply for a TPO. I support the other amendments.

I begin by paying tribute to the Committee Clerk, the Committee staff and the departmental officials for all the work that they put into getting the Bill to this stage. The Committee received this massive Bill in December, and I shared other Members’ concerns about the speed with which it was being processed. Without the exceptional efforts made by the staff, the Bill would not have reached this stage.

I share Mr McGlone’s concern that we are putting the cart before the horse. He said that we should carry out the reform of local government before we transfer any additional powers to councils. I well remember the comments in the Macrory report on why planning powers were taken away from councils and centralised. Having said that, I support the principle of transferring planning powers to local government, and I support the amendments, which will strengthen the Bill and can restore public confidence in the planning system.

I welcome amendment Nos 1 and 2, which are designed to put sustainable development at the centre of the planning system. At present, the planners argue that each planning application should be considered on its individual merits, with no regard for the cumulative effect of each decision. In many cases, that is unsustainable and will lead to problems in the future.

I also welcome amendment Nos 4 and 5, which strengthen the opportunity for community involvement. I support amendment No 6, which links planning to climate change. That is essential, given what is happening today. Climate change will become increasingly important over the next few years, as was recognised by many respondents to the consultation.

I also welcome amendment No 15, which tightens the conditions under which an independent examiner may be appointed.

Overall, I support the amendments and believe that they can increase public confidence and involvement in the planning system. 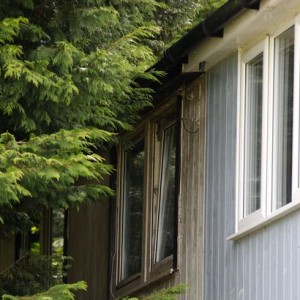 Northern Ireland Assembly, Monday 07 March 2011 I welcome the amendment. High hedges and trees have been a major issue...
By Bangor Northern Ireland © | Contact alv@hotmail.co.uk
Back to top