I declare an interest as a member of North Down Borough Council in addition to my role as an MLA. I assure the House that I will not stand for election to the Assembly in May, but I hope to return to the council. In fact, I am in demob mode, and I am looking forward to leaving the Assembly. I first fought a Stormont election 45 years ago, when I was working for David Bleakley againstRoy Bradford in the Victoria constituency, and I feel that I am entitled to a break.

The Bill is unnecessary and uses a sledgehammer to crack a nut. I cannot support it. Indeed, if it is acceptable that councillors in Scotland, England and Wales can serve as Members of the devolved Administrations or as MPs, why is it so wrong in Northern Ireland? In practice, few councillors in the rest of the UK decide to avail themselves of the dual mandate. I have no doubt that the same situation will follow here, particularly if there is no financial incentive to remain as a councillor. I support the previously outlined proposal that councillors who are MLAs and who stand for council should not be paid. Most MLAs have kept the dual mandate in order to retain job security and their political careers. Now, because the Assembly appears to have a stable future, the dual mandate will no longer be necessary and most MLAs will stand down from councils.

However, because the Bill is subject to a petition of concern, there is no point in me voting against it, because my vote will be irrelevant and will not be taken into account. That is a real injustice. My unwillingness to reinforce the divisions in our community, by designating as either unionist or nationalist, means that my vote on the dual mandate is ignored.

More importantly, the 3,000 North Down voters who elected me are also disenfranchised. Such discrimination against MLAs who refuse to designate cannot be justified in any democratic society.

I must confess to Members that I have been guilty of double-jobbing for nearly 30 years. For the past four years, I have double-jobbed as an MLA, and, for the previous 25 years, I doubled as a full-time lecturer. Many of my council colleagues are also double-jobbing as teachers, doctors, social workers, electricians and care assistants. Indeed, throughout Northern Ireland, many hundreds of people are double-jobbing, with a full-time job through the day and a part-time job as a councillor in the evening. If the Bill is passed, only MLAs will be barred from being councillors, and even MPs could remain in council. Such discrimination is difficult to justify. Indeed, I believe that it could be challenged under human rights legislation.

Is the Member aware that the Bill could not bar Members of Parliament from standing for council? That option was not open to the Member or to the Committee when we considered the Bill.

I thank the Member for his intervention, but that is not my point. I was trying to make the point that MLAs would be the only people who could not become councillors. Everybody else could, and that discriminates against MLAs.

Some people have argued that MLAs cannot do both jobs efficiently, but there is no evidence to support that. There is great public hostility to the principle of double-jobbing. A councillor’s role is a part-time one, normally one night a week, so it does not impinge very much on a full-time job. If properly organised, a councillor can also have a full-time job, whether that is as a teacher or an MLA.

The public are against double-jobbing, but I have topped the poll in six successive council elections in Bangor West. That does not suggest that the electorate of Bangor West feel that I am not capable of doing both jobs. I also reflect on the recent Westminster elections, when 17 of the 18 MPs elected were serving MLAs. That is unacceptable. The roles of both MP and MLA are full time, and it would be more appropriate to ban that form of double-jobbing.

It has been argued that double-jobbing as councillor and MLA can lead to a conflict of interest and give an MLA too much power. I cannot think of any example of that happening. In fact, the lowly Back-Bench MLA has little power and is merely Lobby fodder for the Whips. The main role of a Back-Bench MLA is to promote the interests of his or her constituents, which is exactly the same as the role of a councillor. Perhaps, councillors who are also MLAs can provide a better service because they have more facilities. However, should the MLA achieve a post in the Assembly such as Minister or Chairperson of a Committee, both of which involve the exercise of power, he or she should resign from council. The holding of a ministerial post is totally incompatible with being a councillor. However, on a positive note, an MLA who is also a councillor has access to Ministers and the opportunity to put forward a case on behalf of either the council or the resident.

In-depth knowledge of council operations is beneficial in examining legislation. Over the past year or so, we have looked at a lot of legislation, including the Planning Bill, Clean Neighbourhoods and Environment Bill and the High Hedges Bill. The expertise that we have gained as councillors is useful in considering that legislation. Not only do we know the legislative process, but we also know the practicalities of being involved day to day with people affected by that legislation. If councillors were no longer allowed to be MLAs, that expertise would be lost.

Many MLAs make an important contribution to local council business. Indeed, North Down Borough Councillast night unanimously expressed regret that Dr Farry, having been a very successful chairperson of the council’s finance committee over the past 10 years, is stepping down. His expertise on rates will be sorely missed, and he will not be replaced easily.

I do not believe that the public are against double-jobbing or dual mandates per se. Why would they continue to return the same politicians to multiple jobs if they felt so strongly about it? The public reaction is more against multiple salaries. If Members were limited to one salary, the public would lose that hostility and judge the Member on their effectiveness.

I thank the Member for giving way. He mentioned the pay issue as it relates to MLAs. I do not know whether the Member is aware that a public consultation from the DOE has gone out in the past couple of months on the issue of anyone who is serving. Indeed, one of the options is the complete removal of any salary from a councillor who is also an MLA.

I am very much aware of that, and I certainly support it. It should be introduced.

There is no evidence to support the argument that the Bill would attract a large number of new people and new blood into the Assembly or perhaps councils. Three female Members have left the Assembly and have been replaced by males. If you want to increase the number of females involved in the political process, you have to change the political culture and the adversarial, aggressive nature of politics. I think that most women do not like that. I suggest that they would not tolerate sittings going on until 1.00 am. There would probably be better hours for the Assembly if we had more female Members. They would not be attracted by the practices in the Assembly.

The Bill is unnecessary. The problem of double-jobbing will resolve itself over the next few years. MLAs will follow their counterparts in Scotland and Wales and resign from councils. That is already happening. If the financial benefits of remaining a councillor are removed, I have no doubt that the vast majority of councillors will stand down voluntarily. I cannot support the Bill. 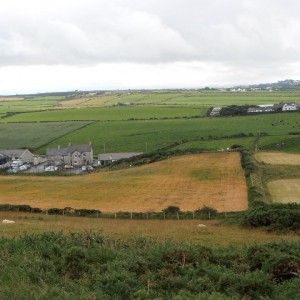 Northern Ireland Assembly, 08 March 2011 I will deal first with third-party appeals. In my election campaign, I said that,...
By Bangor Northern Ireland © | Contact alv@hotmail.co.uk
Back to top