I welcome the introduction of the levy on plastic bags but I am concerned that the 5P levy may not be enough to change shopping habits.

In my speech at the second stage in the Northern Ireland Assembly I called for a 15p levy as I believe the ultimate success of the legislation will be when plastic bags are phased out completely. I am not sure the 5p levy will achieve this.

I  have supported a levy on plastic bags for many years on environmental grounds not economic grounds. However I welcome the fact the revenue will be used for environmental schemes.

Plastic bags have a serious impact on the environment and on wildlife as many wild animals and even farm animals have died a very painful death having digested a plastic bag.

They  also create a  litter problem as bags are blown throughout our countryside, festooning our trees and hedgerows and destroying the green, clean countryside that we are trying to promote as tourism.
The aim of the Bill should not be to raise revenue; it should be to change consumer behaviour .The levy on plastic bags imposed by the Irish government has been a great success and dramatically change consumer behaviour. The use of plastic bags has fallen by more than 90%: with 1·3 billion fewer bags being used each year.

There has been a significant reduction in littering, and costs have been minimal, at only 3% of the revenue raised. Research carried out for the Dáil some years ago showed overwhelming support from both the public and retailers.

I find the opposition to the levy on plastic bags from the small retailers very hard to grasp, given that in the Irish Republic all retailers, the chambers of commerce and the multinationals all believe that it is a good thing. Even those who initially opposed it now support it. Retailers have made significant savings. One retailer saved £1·9 million in the first year because it bought fewer plastic bags.

The levy on plastic bags should not be seen a revenue raiser. It is designed to encourage consumers change their behaviour so that it will be phased out in the longer term. However realistically it will not disappear overnight. In the short term, it will raise money that can be used for the green new deal.

Restrictions on Out of Town Shopping 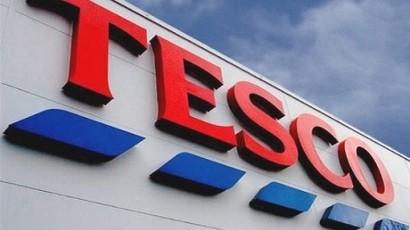 Restrictions on Out of Town Shopping

Councillor Brian Wilson welcomes the Minister's new policy guidelines on out of town shopping. Restrictions on out of town...
By Bangor Northern Ireland © | Contact alv@hotmail.co.uk
Back to top