DUP controlled North Down council tonight voting to spend £ 1/2 million on providing facilities for a gun club in the new Hamilton Road Community Centre. I opposed this waste of public money

We need gun clubs in our community centres like a hole in the head.
Independent Councillor Brian Wilson condemns tonight’s decision by North Down Council to include facilities for a Gun Club at Hamilton Road Community Centre. This will cost the ratepayers an additional half a million pounds.

The decision to give the go ahead with the gun club is bizarre and indefensible particularly in a time of austerity when many important services are being cut back.

This decision by the DUP dominated Council is:

– Unbelievable given their promise to keep down rates.
– Dangerous particularly as many children will use the centre.
– Unacceptable in that it was taken in committee and the ratepayers had no opportunity to debate the issue but are expected to pay the bill.
– No other council provides facilities for gun clubs
– I would appeal to members to reconsider its decision.

We need gun clubs in our community centres like a hole in the head.

Its a disgrace to use ratepayers money to fund a private club.

DUP Councillors should not be spending rate payers money on a private gun club.

I’m glad to see the gun club is getting more press. Young people need to learn to use and respect firearms. 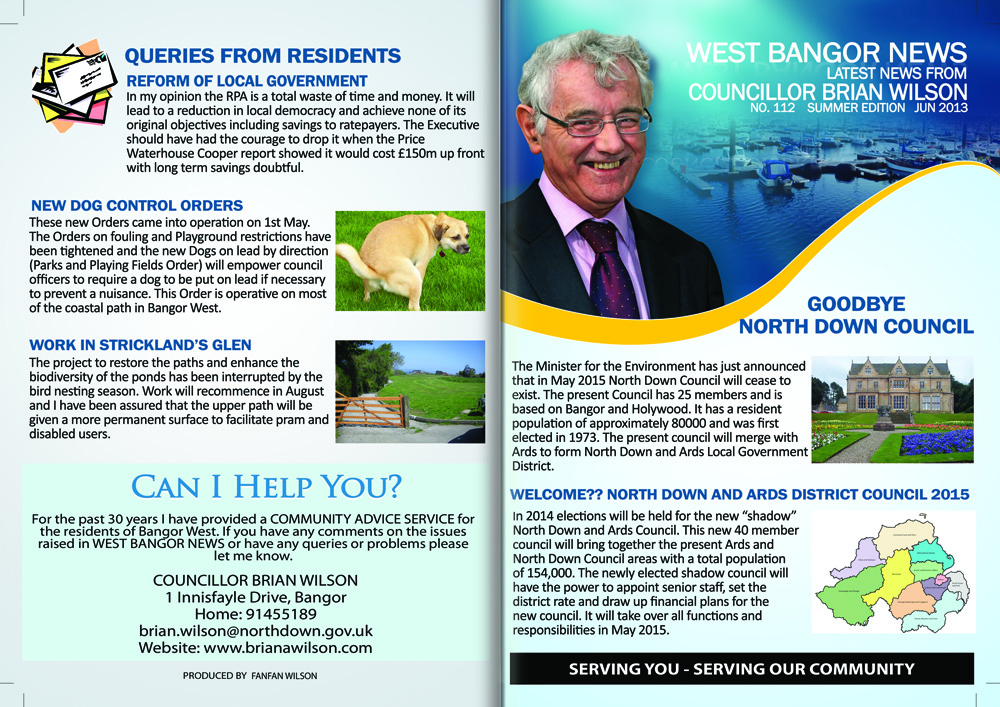 Latest edition of biannual West Bangor News 6,000 copies to be delivered before July holiday in the Bangor West Area. Issues...
By Bangor Northern Ireland © | Contact alv@hotmail.co.uk
Back to top