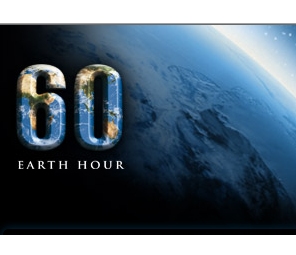 That this Assembly calls on the Assembly Commission and the Executive to support the World Wildlife Fund’s earth hour 2009 by switching off the lights in Parliament Buildings and all Government departmental buildings at an appropriate time on Saturday 28 March 2009.

Mr B Wilson: At first sight, the motion may seem frivolous and unimportant when compared with some of the major problems that the Assembly faces. However, that is not the case, given that it highlights two of the major threats facing Governments throughout the world: the security of energy supplies and climate change. I, therefore, welcome the opportunity to speak to the motion, and I thank Tommy Gallagher for tabling it.

I am pleased to see that the media have covered this year’s earth hour already. That contrasts with their total lack of interest in the event last year. When I issued a press statement asking all public bodies — and, in particular, the Northern Ireland Assembly — to switch off unnecessary lights for an hour, there was no media interest at all. Like most of my press releases, the media ignored it totally, and the lights stayed on.

Mr B Wilson: I had hoped that it would have been a success, and I had even hoped that the authorities would have questioned the point of lighting public buildings after hours or at weekends when those buildings are not in use. However, while the lights were going out in cities across the world,Belfast was oblivious to the appeal. In fact, I must have been the only person inNorthern Ireland to respond to last year’s earth hour appeal. Not only did I turn off the lights, but I turned off the television and sat on the sofa, in front of a log fire, cuddling the wife for an hour. It was a rare and enjoyable experience. [Laughter.]

Outside ofNorthern Ireland, the switch-off was a great success, and many millions turned off their lights. For example, inChristchurch,New Zealand, energy use was cut by 13%.

This year, the local media are taking much more of an interest. In fact, I have been asked already to submit two articles to the local press. However, the aim of earth hour is not just to save energy, but to highlight how much energy we waste. It is part of an awareness campaign to make people think about how they use energy. For example, do lights in public buildings really need to be switched on in the evenings and at the weekends? Can we reduce the length of time that lighting is provided? Can we use energy-saving light bulbs or renewable energy? Are the lights really necessary? If earth hour can persuade us to examine our overall energy use, it will have been a success.

Climate change is a major threat to the future of our planet. In order to combat climate change, it is essential that we reduce our energy consumption. Indeed, a report issued just last week from the climate change summit inCopenhagenexpressed concern that the earlier UN estimates of rises in sea levels were too low. It would appear that the previous Intergovernmental Panel on Climate Change did not take into account the potential impact of the melting of the polar ice caps. I am sure that even a climate change sceptic such as our own Environment Minister would admit that any reduction in energy use is desirable. Energy costs make up a significant proportion of the average family’s expenditure, and any reduction will help the fight against fuel poverty.

As we move out of the recession, the demand for oil will grow, particularly in China and India. Demand will be considerably above the 2007 level, which created massive hardships in energy consumption throughout the world. The price of a barrel of oil is likely to exceed last year’s record of $150. Therefore, we should be taking advantage of the current low oil prices to reduce our consumption and develop alternative sources of energy. Indeed, we have already talked about some of the opportunities to develop alternative energy in Northern Ireland.

It is important that the Assembly shows leadership by responding to earth hour and sending out a message to the whole community that we must reduce energy consumption and increase investment in alternative energy from renewable sources. I support the motion and look forward to an hour-long cuddle on 28 March. 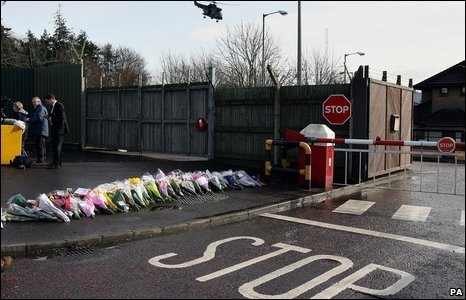 On behalf of my party, I join Members in condemning the murder of the two soldiers on Saturday night. Our thoughts and prayers...
By Bangor Northern Ireland © | Contact alv@hotmail.co.uk
Back to top