The report’s most important aspect is its recommendation that the Assembly should appoint its own commissioner of standards, who would be independent and not subject to any political pressure. At present, there is widespread public concern at the actions of politicians, and that was highlighted again last week by the Laws case. There is great public disillusionment with politicians and with the democratic process. That is a threat to the future of our democratic system. There is a widespread feeling that those who hold public office are not sufficiently brought to account when they misbehave or, if they do misbehave, are let off lightly when they are judged by their peers. Therefore, it is important that the commissioner is fully independent and free from all political influences.

The appointment process must also be open and transparent to regain public trust in the Assembly. The Committee, therefore, agreed that the post of commissioner must have a statutory basis to ensure that he or she will be truly independent of the Assembly. That is essential, and it will allow the person who is appointed to act completely objectively in investigating any complaints. That should increase public confidence in the decisions of the statutory commissioner.

Sir Christopher pointed out that the Standards and Privileges Committee at Westminster had accepted the principle of lay members but had not yet implemented it. He argued that many people believe that, even if MPs who misbehave are brought to book, they will not be dealt with in an adequate manner. On the other hand, the Committee’s treatment may seem to be unduly lenient to someone who has not seen the evidence and is going only by what they have read in the press, which may not always be accurate.

PPS 21. A Charter for Developers & Speculators 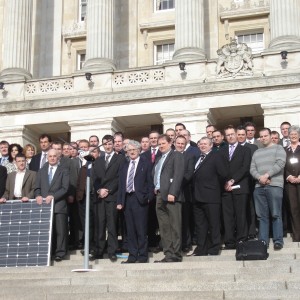