I have written to the Minister calling for the parking charges to be abolished on Dufferin Avenue car park to help reduce the parking problems at Bangor West and Carnalea stations. You may recall that on your recent visit to Springhill Road Bangor I raised the issue of the parking problems at Bangor West railway station.

The problem is getting much worse and has been greatly exacerbated in the past year by the introduction of parking charges at the  Dufferin Avenue car park beside Bangor Railway Station.

At present commuters who previously used this car park are now driving to Bangor West and Carnalea and parking free of charge. This is not only causing considerable nuisance to residents on nearby streets but it is also creating danger through congestion and often illegal parking at corners etc. This will almost certainly lead to accidents.

In recent weeks I have been approached by residents of Bryansburn Road, Maryville Park, Maryville Road, Bryansglen, Westburn Crescent, Springhill Road and Springhill Avenue expressing concern at the danger created by irresponsible parking. This problem is now encroaching onto Innisfayle Drive and I have no doubt it will continue to get worse.

A similar situation exists in Carnalea where residents of Station Road, Station View and Station Walk have all expressed their concern at the irresponsible parking.

I am aware that Translink are investigating the possibility of providing a “park and ride” facility in Bangor and I hope they are successful but this will do nothing to reduce the immediate problem which is increasing daily.

I believe the problems at Bangor West and Carnalea could be significantly reduced by removing the parking charges on the Dufferin Avenue car park . If the charges could be removed even for a trial period it would also be of great benefit to the hard pressed town centre traders over Christmas. 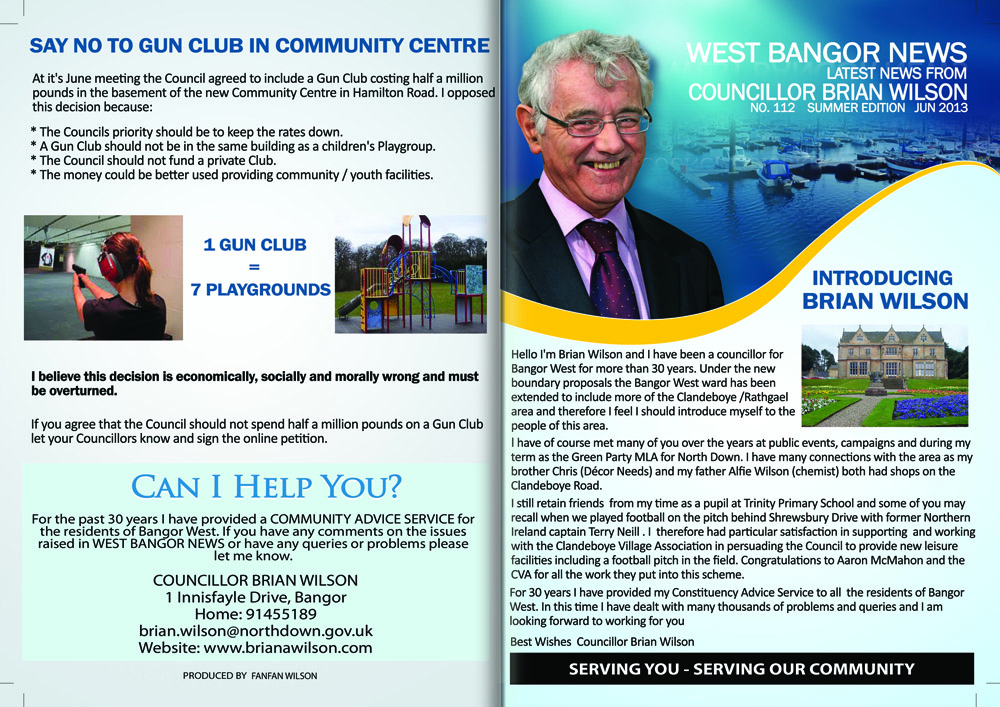 Click images for full size.   Stop the Gun Club I am asking the public to sign the petition against the council decision...
By Bangor Northern Ireland © | Contact alv@hotmail.co.uk
Back to top